Most fish species need open flowing water to hatch their eggs. Some fish eggs float in the current, others sink to the floor, and some are sticky and attach to surrounding environmental elements. Fish parenting also varies with some finishing the job after the eggs are laid and others are protective concealing clutches in small outcrops fanning them to circulate oxygen. Incubation of fish eggs with mechanical help simulates the needs of the species being hatched. 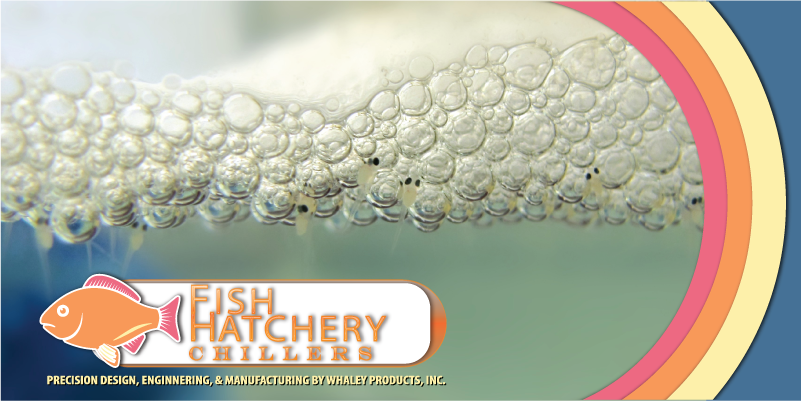 Vertical flow, drip, and upwell incubators are used in fish egg hatcheries. They use a cascade of shallow trays. This saves space and allows better access to batches of eggs for fungus control. The water temperature is much easier to control as well. With the drip tray method eggs are moved right before they are ready to hatch to hatchery troughs. The vertical flow method allows the fish to hatch in the trays where they stay until they are given their first feeding. Upwell incubators tumble the fish eggs with a current flowing upward from the bottom. The water flow rate varies from 3-10 gallons per minute. Temperature needs differ among species, but the general rule is to keep water between 75⁰F-82⁰F. No more than a degree of fluctuation throughout the entire incubation period should be allowed. The further along in the incubation process the fish are, the higher the flow rate needs to be. They require more oxygen the closer they get to hatching. Each tray hatches 8,000 salmon fry or 25,000 trout fry. The amount of fry that can be successfully hatched varies by species.